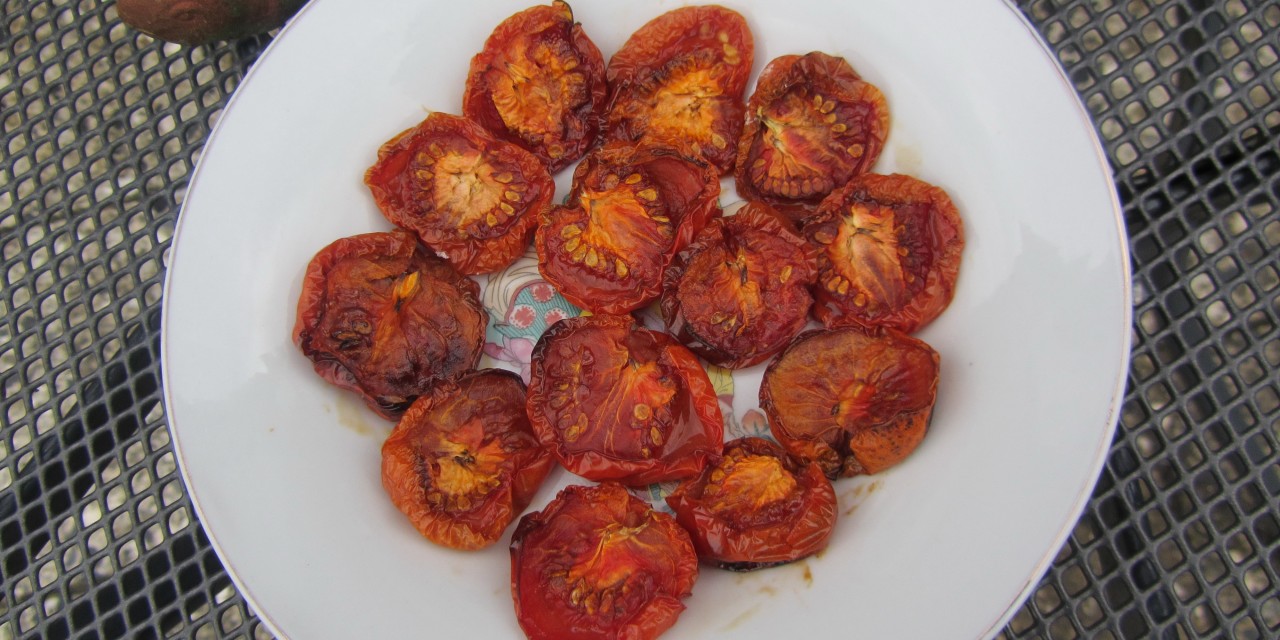 Ever since we had our greenhouse, our tomatoes have been growing very well; totally protected from the unpredictable weather that this country has – too much wet rainy cold days and too few warm sunny days, even in the summertime.

We’ve been having tomatoes regularly; as a relish, sliced, cooked in soups/broths, made into pasta, stirfries.. So I thought if I could freeze some for the winter, that would be fabulous, great.. I made Oven-dried Tomatoes.. 🙂 I forgot to weigh the tomatoes before slicing them into halves. I think it was abt 3kg in all, only ripe ones. It was really yummy; Dunster loves it, so much that he can’t stop nibbling on them. I found it a little too sour, even when accompanied by some rice. Well, I’m going to cook or dehydrate them in either some pasta sauce or soups, I think.. 🙂 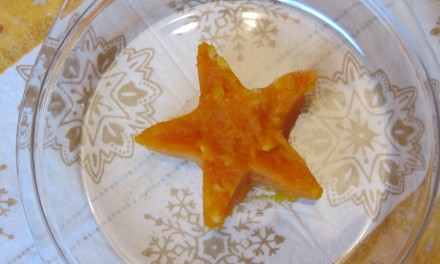 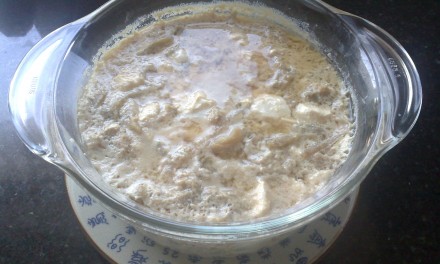 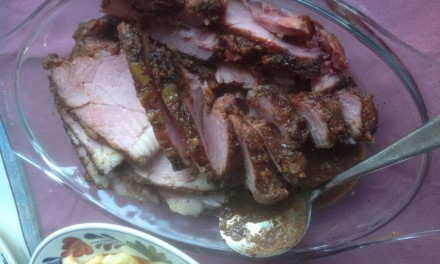 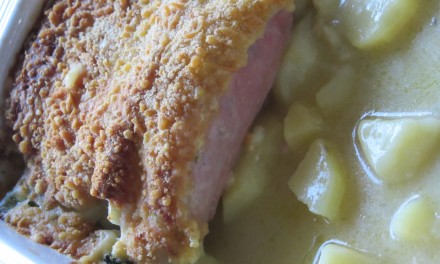