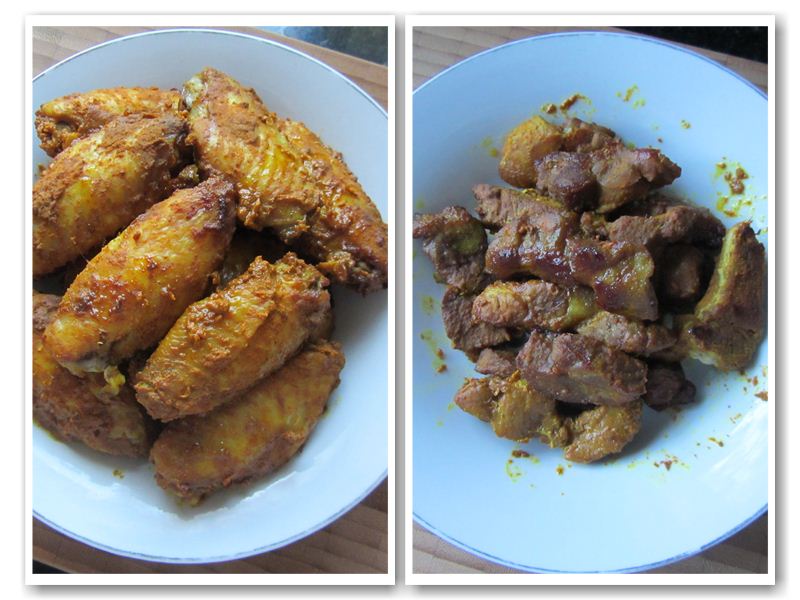 Something simple but with a very Malaysian tinge for a cold autumn day. They were baked in the oven but it would also be delish barbequed on a nice warm summer day.. 🙂 Well, I had only abt 1kg chicken wings with quite a lot of leftover marinade. So I used the leftover to coat some pork (thickly sliced) and baked it for abt 15 mins till cooked and golden.. It was also delish.. 🙂