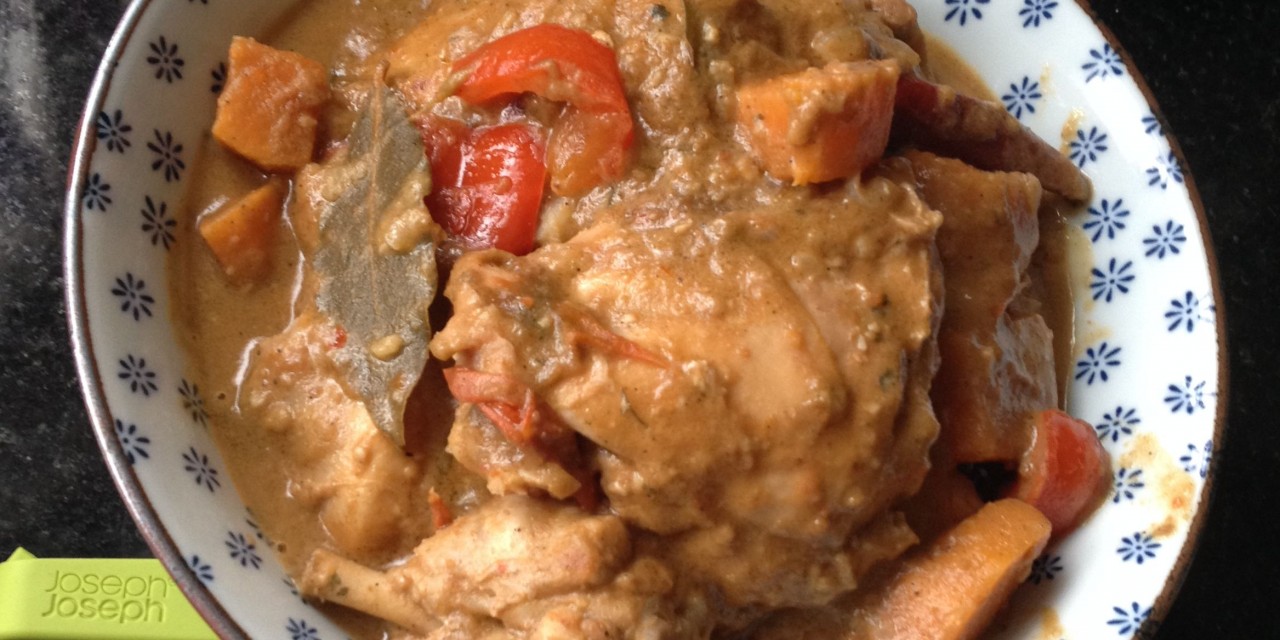 Cayenne pepper and Scotch bonnet chillies would give this Spicy African Chicken Stew boldly flavoured peanut casserole a fiery kick. It won’t seem spicy or fiery till it’s there in your belly – trust me in this.. 🙂 I’ve got to confess: I didn’t have any scotch bonnets when I made this, I used abt 7 small dried red chillies – washed, stalks removed and left whole so that they could be removed easily before serving. I’d halved the recipe but we still had so much leftover sauce that it was made into soup stock with some chicken broth. Shredded chicken and ricestick noodles completed another meal.. 🙂 It was good both way; either served with rice or noodles but I would say that peanut butter made this a very rich and quite heavy meal. A little goes a long way, I would say.. Enjoyed it tremendously tho – it was surprisingly delish.. 🙂