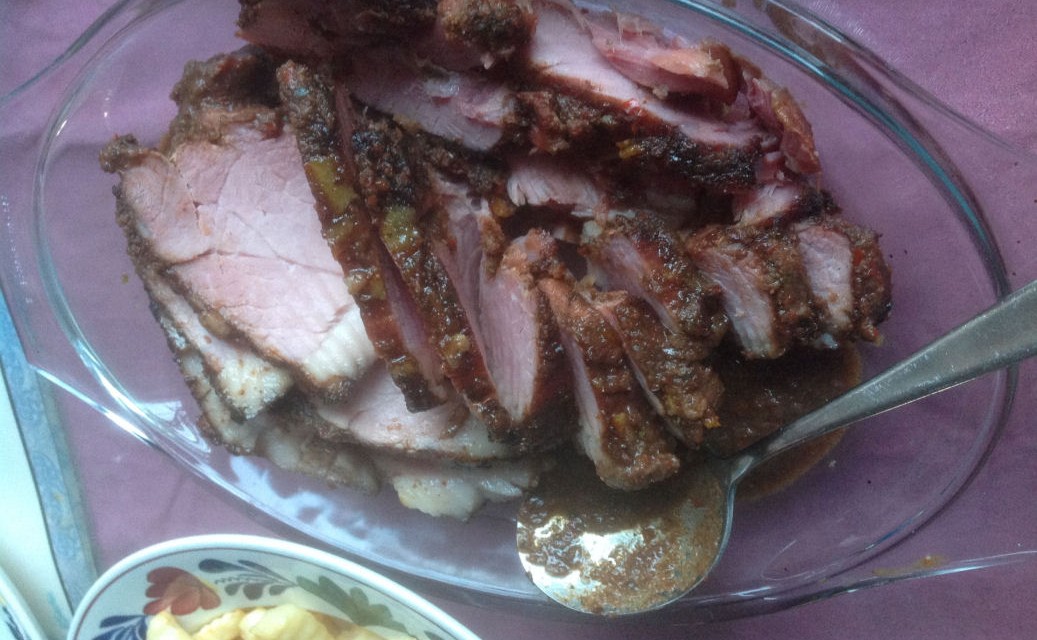 We bought a large chunk of unsmoked ham from England which we’d frozen since we returned in January. Then I saw Jamie Oliver making Jerk Ham on 24 Kitchen recently and I thought that this is the perfect time for me to use the ham. I also thought serving Jerk Ham with egg and chips an interesting idea as it’s normally just Ham, not Jerk Ham. Jerk Marinade Ingredients:  I halved all the marinade ingredients as it was only a boneless 1.3kg ham

Glaze Ingredients:  I halved all the glaze ingredients as it was only a boneless 1.3kg ham